Time came and time passed by. The moment is over, became part of the past and never comes back. Nothing to notice, nothing seems to be changed. The world looks just the same. However, a little bit of information has changed, some bits flipped in the RAM of a computer. In the long term it will change the life for many people, who yet doesn't even know their life is going to be changed.

The Programmer pressed "Enter". The Computer shook itself, made some noise resembling the sound of glass breaking, switched the screen on and off, and finally presented the Prompt. The Programmer leaned back. He was satisfied. The nights, the days (mostly nights) he put in this work finally brought its fruit. The Release was done.

That said, we happily present you

To keep up with leading innovations in information technology, we provide tarballs in .tar.xz format alongside with the usual old .tar.bz2 format. In the next decades we might completely switch to .tar.xz, if it turns out to be better for the Earth.

Precompiled binaries for Windows and Mac OSX will come later. Everyone else should bug their distro's packagers to update their packages. 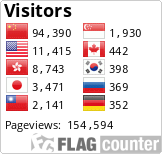